The 32nd edition of the Summer Nationals Hell Tour is set for 2017, as dates have been announced by Dirtcar Racing.  For the UMP Late Models, 27 events over the course of one month are set with stops in Illinois, Indiana, Iowa, Missouri, Michigan, and Ohio.  For fans in Central Illinois, Track Enterprises will be hosting events at Lincoln Speedway as well as Macon Speedway, while the company will also be promoting a big combo event with the World Of Outlaw Late Models at Terre Haute. 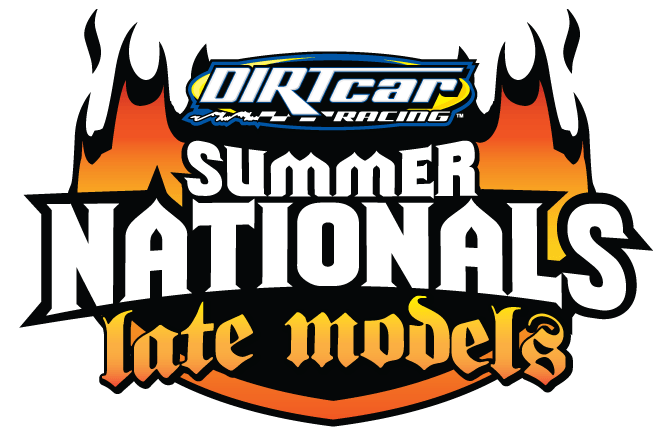 The first of the Track Enterprises events will come at the Terre Haute Action Track in Terre Haute, IN on Friday, June 30, a new addition to the 1/2-mile’s schedule this year.  Not only will the Summer National Hell Tour stars be on hand, the Craftsman World Of Outlaw Late Model tour will be racing at the combination event.  It will be the first event held for the two series together, as previously scheduled combo events in 2016 were rained out.  Fans will see the best of the best from the two tours, competing head-to-head.

On Sunday, July 2, the tour will be pacing the 1/4-mile, Lincoln Speedway, at the Logan County Fairgrounds, in Lincoln, IL.  Last year, the event was postponed due to rain and rescheduled as a big Late Model event late in August.  Bobby Pierce claimed the victory after a dominant, Jason Feger blew a tire.  The race was highly exciting, as was the Modified event that saw a photo finish with Kenny Wallace edging Mike Harrison.

Rounding out the Track Enterprises Summer National Schedule will be the 37th annual Herald & Review 100 at Macon Speedway, in Macon, IL.  The traditional stop at the mighty 1/5-mile always brings a boatload of excitement and drama as there is nothing quite like watching a full field of top notch Late Models battle in the bullring.  Last year, Pierce took his first Herald & Review 100 win, on his way to claiming the championship.

All three of the aforementioned events will also see full fields of UMP Modifieds racing for the Summit Nationals Modified Tour championship.  28 events in just over a month are scheduled for the tour in 2017.  Nick Hoffman claimed last year’s championship, winning four races including Terre Haute.  Rodney Standerfer won the Macon event, while Kenny Wallace took the Lincoln make-up race in August.

The full schedule for the Summer National Hell Tour can be found at http://thehelltour.com/schedule, while the Summit National Modified schedule is available at http://www.modifiednationals.com/schedule.

For more information on the upcoming racing schedule, visit www.trackenterprises.com, like the Facebook page at www.facebook.com/TrackEnterprises, or call the office at 217-764-3200.

Results For Friday May 7

IT IS RACE DAY AT LINCOLN SPEEDWAY!

Friday May 21
Vintage Racing Of Illinois