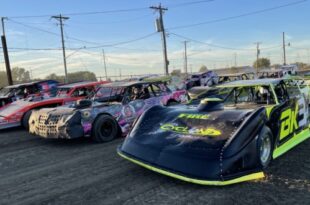 Jordan DeLucia September 30, 2022 Twenty-seventh annual event begins racing Friday with four different divisions The champions and championship contenders have officially arrived at Lincoln Speedway for the 27th annual DIRTcar Fall Nationals and are off to a strong start after an evening of practice for the 56 cars in attendance at the 1/4-mile bullring. The DIRTcar Pro Late Model division consistently delivers some of the closest, most competitive racing seen all year, and this weekend will be no exception. Leading the charge with the fastest lap in all three sessions was 2021 East Region champion Billy Knippenberg, turning in a 14.384 to top the chart. Last year, Knippenberg had a strong showing at Fall Nationals, bagging two top-five finishes over the weekend and a podium finish on Saturday night. He’s excited to return to the event once again, this time with a first full season under his belt in promoting DIRTcar staple venue Kankakee … 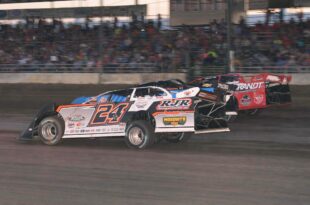 (Lincoln, IL) It’s officially race week for the 27th running of the DIRTcar Fall Nationals at Lincoln Speedway and the early entries continue to pour in. The ¼-mile track, located at the Logan County Fairgrounds in Lincoln, IL, is playing host to the season ending national event for the third season in-a-row. While the weekend begins on Thursday with a late afternoon/evening practice for all divisions, the actual race nights are set for Friday, September 30 and Saturday, October 1. Friday’s action will feature DIRTcar Pro Late Models, Modifieds, Pro Modifieds, and Stock Cars (Street Stocks). Saturday’s action will see DIRTcar Super Late Models, Pro Late Models, Modifieds, Pro Modifieds, and Sport Compacts (Hornets). The headline class of the weekend will be the DIRTcar Super Late Models, which will be running on Saturday night in a race paying $3,000 to win and $300 to start. One of the early entries … 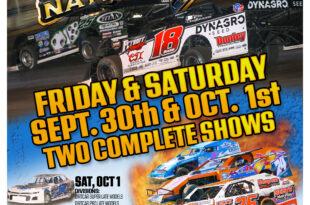 LINCOLN, IL – Sept. 13, 2022 – Six divisions. Five champions. Three nights. One exciting event returning to a Central Illinois track for a third year in a row. Lincoln Speedway in Lincoln, IL, is set to crown five DIRTcar National points champions as host of the 2022 DIRTcar Fall Nationals, September 29-October 1. The DIRTcar Late Models, UMP Modifieds, Pro Late Models, Pro Modifieds, Stock Cars and Sport Compacts are all scheduled to compete. The DIRTcar Fall Nationals were first held at Lincoln Speedway in October of 2020 where a great field of cars put on an outstanding show. Last year’s event was plagued by a terrible weather forecast but officials were able to complete the show, somehow avoiding rain that covered much of Central Illinois. A favorite of many Midwest racers and fans, the event will again combine the great signature racing DIRTcar competitors are known to provide with the …

Lincoln Speedway Champs To Be Decided On BRANDT Night 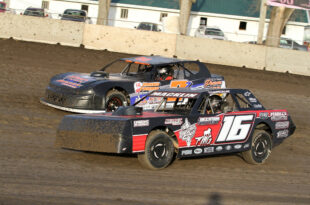 John Osman Memorial To Headline With $2k To Win Special (Lincoln, IL) Friday night, August 26 is the final regular season night of the 2022 schedule at Lincoln Speedway, but the event will be anything but regular. Not only will three more-point champions be decided, the Midwest Big Ten Series Street Stocks will be there to compete in the John Osman Memorial, paying $2,000 to win. The John Osman Memorial, held in memory of former of longtime race enthusiast and car owner John Osman, was at Macon Speedway from 2015-2019. The event was not held in 2020 due to the pandemic but returned to the Champaign County Speedway in 2021. This season, a doubleheader weekend of racing will see a $2,000 to win race at Lincoln Speedway on Friday night and another on Saturday night at Macon Speedway. A two-day bonus point fund will be awarded to the top five. … 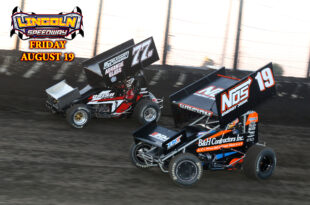 (Lincoln, IL) Morning rain showers mixed with an unfavorable forecast for the rest of the day has led to the cancellation of the Friday, July 15 Built Ford Tough MOWA Sprint Car event at Lincoln Speedway. Four other divisions were also scheduled to race. MOWA is scheduled to return to the ¼-mile dirt track on Friday, August 19 as part of the State Fair race weekend which begins at Lincoln Speedway on Friday night, followed by Illinois State Fair racing on Saturday afternoon featuring the USAC Silver Crown cars. Macon Speedway will host a POWRi Midget event on Saturday night of that weekend before the Sunday afternoon ARCA Menards Series Atlas 100. For Lincoln Speedway, the next event is Sunday, July 24 featuring a Sunday Funday full of racing entertainment. Three divisions of Big Ten racing will headline the show with Big 10 Modifieds, Big 10 Pro Late Models, and …