(Macon, IL) For the second week in-a-row, the stay-at-home order aimed at stopping the spread of COVID-19, has canceled test-and-tune events scheduled for this weekend at Lincoln Speedway and Macon Speedway. The tests were set for Saturday, April 4 at Lincoln and Sunday, April 5 at Macon.   Officials from the tracks continue to follow the news closely, regarding current health issues with COVID-19. Officials will continue to monitor the situation closely with government and public health officials to determine what adjustments to make as the time comes, in regards to other upcoming events.   Thanks for your support. For Macon Speedway news and updates follow us at maconracing.com, on Facebook at facebook.com/maconracing, and on twitter at twitter.com/maconspeedway.   For Lincoln Speedway news and updates, check out the website at lincolnspeedwayil.com, on Facebook at facebook.com/lincolnilspeedway, and twitter at twitter.com/lincolnilspdwy.

Large Fields Of Cars Race On Lincoln Speedway’s Second Night (Lincoln, IL) Fan appreciation night had a large turnout of fans and drivers this past Friday, April 26 at Lincoln Speedway.  The night, presented by Kitchen Cooked Chips, had plenty of great races with a home favorite ending up in victory lane during the night’s Sprint car feature. In the first of two appearances this season for the 305 Winged Sprint Cars, Lincoln, IL driver, Max Pozsgai jumped out front early on in the 18-lap feature.  Pozsgai, who grew up in Lincoln, was the fan favorite coming into the event.  Pozsgai started on the pole of the feature event, after garnering the most passing points in the heat races.  He didn’t have a cakewalk in the feature, as Robbie Standridge followed closely, in fact, looking to make a move on a couple of occasions.  In the end, though, Pozsgai won …

Officials from Lincoln Speedway in Lincoln, IL have again come to agreement with Hotel Ventures Management to name two host hotels for the 2019 season at the 1/4-mile facility.  For the fourth straight season, drivers, team members, and fans will have the opportunity to save on rooms at the Hampton Inn as well as the Holiday Inn Express when traveling to the Lincoln speedplant. The Hampton by Hilton is located just two miles from the Logan County Fairgrounds, where Lincoln Speedway is located.  The hotel features an all new lobby and treat Shop, indoor swimming pool and whirlpool, hot free breakfast buffet, free WiFi, and much more. All guestrooms will offer a refrigerator and microwave. The Hampton by Hilton is located at 1019 North Heitmann Drive, Lincoln, IL 62656.  Information: 217-732-6729 or www.lincoln.hamptoninn.com The Holiday Inn Express is also located approximately two miles from the track, just off of exit 126 on I-55.  Each … 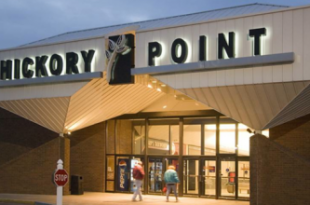 Tickets To Be Given Away In Open Drawings                 (Macon, IL 03-14-19) Drivers and teams throughout central Illinois are ready to show off their newly painted rides this coming weekend at Hickory Point Mall in Forsyth, IL.  The show is back for a fourth straight year, after a near 20 year hiatus.  The Macon and Lincoln Speedway event is scheduled for this Friday-Sunday, March 15-17.                 The show will be three days long with cars entering on Thursday, March 14 at 9:00 PM and exiting on Sunday, March 17 at 5:00 PM.  Track Enterprises will also have a booth set up, handing out info including pocket schedules for their special events in addition to Macon, Lincoln, and the Terre Haute Action Track.  UMP Memberships will be on sale in addition to a signup box for a chance to win Macon Speedway and Lincoln Speedway season opener tickets.                  The show …

Late Model Championship Race A Tight One                 (Lincoln, IL) The grueling Summer Nationals Hell Tour begins its final week of competition Monday night at Lincoln Speedway, the final night for fans to catch the series in Illinois, this year.  Monday’s event is one of the final six to determine a Summer Nationals champion and the two man race at the top happens to be between to Central Illinois drivers.                  The tight battle heading into the final week is between Chatham, IL driver, Brian Shirley, and Moweaqua, IL’s Shannon Babb.  Babb dominated the first part of this year’s Summer National tour, while Shirley has been the man as of late.  Babb has claimed five wins to Shirley’s two, however, Shirley has been slightly more consistent, helping him to a slight edge.  Their championship race could easily be decided on the last lap of the last race this week, which makes the Monday event at Lincoln …