We ARE Racing Tonight At Lincoln Speedway! 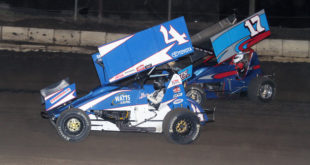 Cheap Admission Nights On Tap For This Weekend 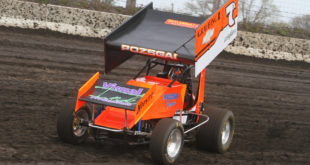 Season Opener Filled With Close Racing                 (Lincoln, IL) – The Logan County Fairgrounds came back to life this past Friday night, as Lincoln Speedway opened up for the 2017-season.  Five action-packed divisions were led by the first ever event for the Midwest Street Stock Championship series.  Pro Late Models, Modifieds, POWRi DII Midgets, and Hornets were also on the card.                 20 of the toughest UMP Street Stock competitors in the Midwest were on hand for the first race ever for the Midwest Street Stock Championship Series.  The “Railsplitter 40” turned out to be a thriller, with three and four wide racing throughout.  Modified star Dave Crawley, Jr., top qualifier Luke Gash, 2016 Midwest Big 10 champion Jeremy Nichols, veteran Darrell Dick, former UMP champion Jerrad Krick, and talented Street Stock driver Nick Macklin all mixed it up at the front of the field.  At one point during the … 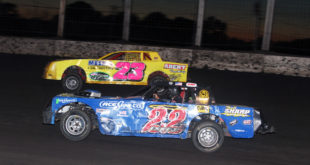 New Street Stock Series To Join Lincoln’s Top Classes                 (Lincoln, IL) Lincoln Speedway, the 1/4-mile dirt track in Lincoln, IL is set to open this coming Friday, April 21 under the guidance of Track Enterprises out of Macon, IL for the second season in-a-row.  The 2017 schedule is action packed with 12 great events and the first of which is no different with five action packed divisions, including the first ever race for a brand new Midwest Street Stock Championship Series.  This year will mark the 14th year of racing at the Logan County Fairgrounds.                 The headlining event is the Railsplitter 40 for the Midwest Street Stock Championship Series.  It’s a brand new series, which will be running seven events this season.  The event will be paying $800 to the winner and $80 to start, both high numbers for the division.  A strong field of UMP sanctioned cars … 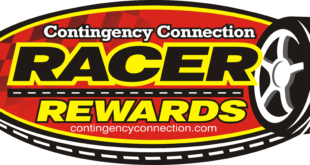 Tracks’ Loyal Drivers To Benefit From $100,000 Bonus Program   Lincoln Speedway and Macon Speedway officials are proud to be two of only 50+ tracks/series in the nation to have the prestigious Contingency Connection national grassroots RACER REWARDS program for their racers in 2017! Over 100 tracks and series applied to participate in the program but Lincoln and Macon were chosen because of the importance we place on our weekly racing program.   We are pleased to announce that we will offer in upwards of $100,000 in NATIONAL Contingency Connection RACER REWARDS in 2017, at each track! Starting in May, the top 15 drivers in each regular division’s standings will be eligible to take home the bonus rewards. Details of how the awards will be given will be announced near the end of April.   National manufacturers such as Renegade Oil, ELGIN, Holley, SCAT, Richmond Gear, JE PISTONS, Edelbrock, CLEVITE, … 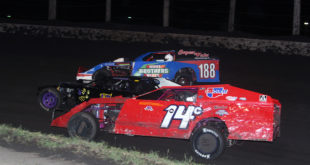