(Lincoln, IL) Another great turnout of racecars and fans were on hand for the second night of the 2020 season, this past Friday, June 19 at Lincoln Speedway. Six divisions of action put on another great show, headlined by the first visit of the 305 Sprint Cars.

In the 18-lap 305 Sprint Car Feature, Garrett Duff, of Weldon, IL, took the lead from the pole position. Behind him, Robbie Standridge, of Springfield, IL, was running the top of the track mounting a challenge for the top spot. Down the stretch, plenty of side-by-side action was taking place but Duff was too tough and held on for the victory. Standridge, Max Pozsgai, Jeff Wilke, and Tyler Duff completed the top five. Due to a strong turnout and exciting action, the 305 Sprint Cars have been invited back to race again on Friday, June 26.

An outstanding field of 23 DIRTcar Modifieds were pitside and the feature was arguably the best of the night. Many time track champion, Brian Lynn, led the first six laps before he looped the #14 coming off of turn four, handing the lead over to Ray Bollinger. The Kewanee, IL driver, had to be on his game, as Brian Diveley was challenging to the highside before falling back a couple of spots. Next up to challenge was Mason City, IL driver, Austin Lynn.  Lynn started tenth and rallied through the field to move into second but couldn’t get by Bollinger. Following the pair at the checkered were Donovan Lodge, last week’s winner who came from eighth, Ken Schrader who started seventh, and Diveley. An elated Bollinger was relieved to get back to victory lane against a stout field.

Roben Huffman and Braden Bilger brought a solid field of Pro Late Models to the green but it was easy to see that Ashland, IL’s Brandon Eskew was the one to beat. Eskew took the top spot on the inside of Huffman on the first lap, and much like he did in the heat race, set sail. Behind him, Jake Little settled into the second spot but had nothing for the eventual winner. Following Eskew and Little were Chris Morefield, Colby Sheppard, and Huffman.

Will Armitage raced into the lead on the first lap of the Nutech Seed DII Midget feature event and held a comfortable lead throughout. Meanwhile, everyone was watching the yellow #1 car of Scott Koerner, of Joliet, IL, who elected to take the Nutech Seed Front Row Challenge and started at the back, going for the $400 bonus. Koerner was on the move early and looked like he had a chance to pull it off. His run, though, fizzled a bit after clipping the inside berm about halfway into the race. Following Armitage, of Athens, IL to his first win were Dave Baugh, who had a great run himself, Patrick Ryan, Mark McMahill, and Koerner.

Robert Cottom took the early lead in the DIRTcar Street Stock 15-lap feature event and never looked back as Rudy Zaragoza and Tyler Gilmour followed a few car lengths back. At the checkered, Galesburg, IL’s Cottom was followed by Zaragoza, Gilmour, Jeremy Madsen, and Wes Biesenthal.

The DIRTcar Hornet field was full this week with 21 drivers entering to race. East Peoria, IL driver, Dallas Strauch, took the lead early lead from his second starting position. Eldon Hemken, who started third, settled into the second spot, while Eric Vanapeldoorn was moving through the pack, after starting tenth. Vanapeldoorn moved into third in the late going, while Jeremy Reed settled into fourth. At the checkered, Strauch, Hemken, Vanapeldoorn, Reed, and Jimmy Dutlinger were the top five. Ironically, Jeremy Reed claimed his own R33D Racecars bonus of $100 for finishing in the fourth position.

Two outstanding nights of action are in the books at Lincoln Speedway with night #3 set for Friday, June 26. Joining the 305 Sprint Cars will be the DIRTcar Pro Late Models, Modifieds, Nutech Seed DII Midgets, and Hornets. 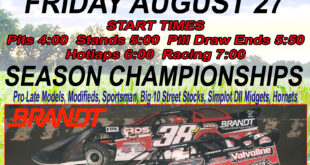 IT IS BRANDT CHAMPIONSHIP RACE DAY AT LINCOLN SPEEDWAY 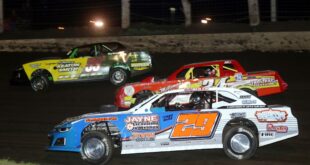 (Lincoln, IL) Season championship night will be on track this coming Friday, August 27 at … 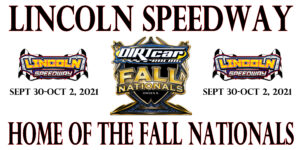